Over the course of the next several posts, the Plum team will be taking a deeper dive into the everyday world of our Plum users.  More specifically, we want to find out how our users envision utilizing Plum and what questions they have about using Plum that we can answer.

We begin the series by speaking to a user, Dalia G., who describes herself as a well educated, single Mom of 3, who has a full time job with a non-profit organization that advocates for individuals with disabilities.  And while she herself is wheel chair bound, due to a diagnosis of Acute Disseminated Encephalomyelitis (ADEM), that certainly doesn’t stop her from staying active with her children and giving back to her community.  Furthermore and in honor and celebration of the 25th anniversary of Americans with Disabilities Act (ADA) this year, the Plum team wishes to express our heartfelt gratitude to Dalia G., for her time, candid perspective and insight on the value of Plum.
We began our discussion by reviewing the two primary components of Plum.  The first being the tool bar, located at the bottom right corner, and the second being the Web App itself. 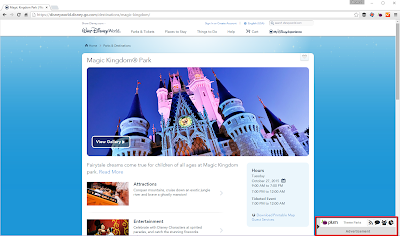 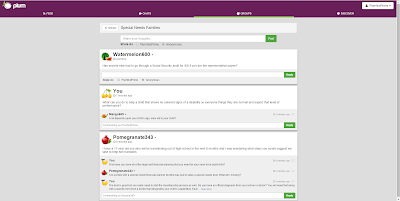 
Upon review of the features, Dalia G., shared that she really liked the idea of Plum giving the user the option to “share your thoughts,” either anonymously or under your self-created Plum User Name.

“Share your thoughts is a great feature and one that separates Plum from other channels available today.  Simply stated, there are just some things that you want to ask someone that you may not want to self-identify yourself on.”

The other stand out feature that our user found appealing was the discover wheel, which we here at Plum define as your “Plum Profile.”  The discover wheel, located in the “Discover tab,” is a feature that provides the end user with the ability to customize and find other similar (in general or for a specific interest) Plum Users.   We’ve also enhanced the feature to filter the list of discovered users by proximity. 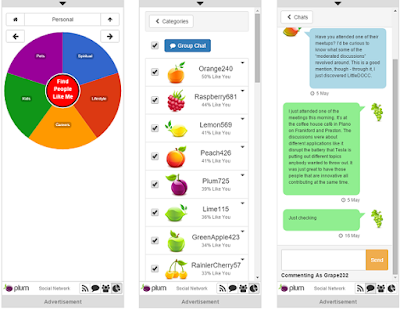 With that said, a Plum User can make the decision to ask one or multiple Plum Users, a question or initiate a chat; either way, the choice is the Plum User’s.  And because our enthusiasts are able to sift through the masses and find other Plum users, like themselves, the end result is a more fruitful experience, which we believe will keep our Plum User returning.
During the course of this interview, Dalia G., shared how she could see real value in using Plum for specific topics such as finding a great jam recipe, for her child’s 4-H Fair Project, or in a professional self-improvement scenario, such as preparing for that next job interview. “You can use Plum for just about anything you can dream up!”

Now, we just need for more Users to sign up so that we can improve and increase our chances of finding more people like us.

From the Plum Team:  If this blog post rang a chord with you and you are interested in speaking to us about how Plum can help you find advice, support, and community, reach out to me at russell@plumgroups.com.

Posted by Unknown at 7:19 PM No comments: